This post is for the younger version of myself who struggled to care about schooling and to the the current students who feel the same way. It is no solution, but perhaps some consolation.

One of my biggest struggles as a student was sustaining the energy to learn something through an entire semester. I would start out most semesters with great gusto, but a few weeks in to the semester my enthusiasm for the topic  would wane and I’d inevitably fall in to the disillusioned questioning of, “Why am I learning this? Why does it matter? What is the point of learning this stuff?”. I distinctly remember during my sophomore year reading Yeats under a tree outside my dorm instead of doing work for a class. If my memory is correct  my attempt to decipher “Among School Children” was inspired in some way by Gardner. It may seem overwrought to say, but in that moment reading Yeats was the most important thing I could be doing because I had a sense that it would mean more to my life here on earth than working on the school assignment. 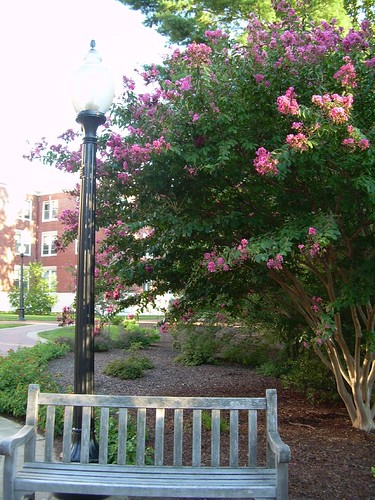 For a long time I’ve felt guilty over how poorly I performed at times during my academic career. There are times when I still feel that way, but I know that I can’t live with that regret forever.  I wasn’t very good at achieving decent grades in college, but it doesn’t mean I’m a failure. The structure that schools use to set up a curriculum, dividing things up in to disciplines and semesters,  is one approach for making sure that society as a whole has a similar baseline of knowledge. It isn’t the end all be all of educating. I’ve known this all for a long time, but it wasn’t until fairly recently I felt it to be true.

I’ve been out of college for almost 5 years now and I’ve continued to grow and learn new things since then. I recently read some older entries in a journal I sporadically keep and it was rewarding to see that many of the things I wanted to accomplish and learn about I’ve managed to do in two years since the date of the entry. The enthusiasm I have for learning is still there and I can come at topics with great fervor and deeply involve myself in an idea. The upside is that when my momentum begins to fade there is usually no major consequence to laying that topic to rest for awhile. I can pick up the idea a day, a week, or many months later. Nothing prevents me from going back to that topic when I’m ready to dive in again. Iteration. The time scale at which I learn things in is much longer than the semester. In fact it seems that there is no discrete unit of time to learn things. How freeing!

I will admit there is value in sustaining focus on a topic even after the initial enthusiasm begins to fade. There is something about pushing past “getting stuck” (or is that “uncomfortable, but not paralyzed”?) that is really good for the brain. I’m definitely not advocating for avoiding the hard things, but  in college many classes and many semesters felt like pushing past a wall of boredom not because a class was hard but because my brain was just done thinking about the topic. I found it incredibly frustrating to not have control over my head space at times. During my post college life I’ve discovered that there are times when I need to push past the “stuck” when I don’t have the energy, but for the most part I’ve found that I have the time and space to allow an idea to breathe. Sometimes all I need is a week off from thinking about something. A week is something not afforded to most college students. If you get a week behind in college it tends to snowball out of control until you limp across the semester finish line hoping the avalanche doesn’t outpace you. 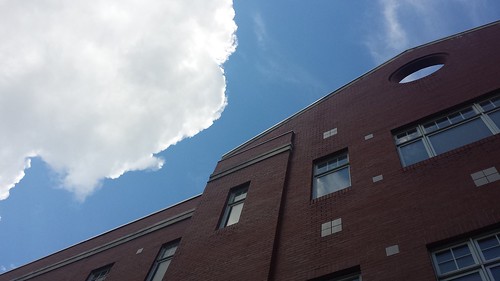 Now that I’ve had time outside of college to learn and grow I’ve noticed that besides some content sticking with me a lot of what has stuck with me are the soft skills that are so hard to quantify: critical thinking, how to break down difficult ideas, write about ideas, talk about ideas, be curious about the world, and so much more. I know how to learn and teach myself things and I’m always learning how to get better at that too. I’ve found so much joy in learning post college and I’m learning all the time. I’m lucky to have a job that gives me the freedom to challenge myself to learn new things and try out new ideas.

I’m not sure what the future holds for me (besides the terrible feeling that I’ll be going back to school sometime in the future), but I have confidence in my ability to learn and grow. Heck, who knows, maybe by the time I need that masters I might find I enjoy being in school again…or maybe not 🙂